At the risk of prodding diehard SRTer’s into fighting mode one has to ask the question: how many more FB pages, dedicated to SRT, do we need before we reach absolute saturation?

Last November Treetools attended the by-invitation-only SRT Summit in Charlotte, initiated by the TCIA, to discuss the future direction of single line work positioning in treecare.

During the 2011-13 years, leading up to the TCIA Summit, the SRT debate held some relevance in the New Zealand market but by the time November 2013 rolled around most kiwi tree climbers considered the use of single line, as an everyday climbing tool, a done deal.

Sure, there are still questions regarding the best techniques and choice of hardware but the basic principle of climbing on single line is accepted as fait accompli – regardless of what the industry bodies might think.

But… is single lining safe?

One argument against the use of SRT in treecare was the issue of safety. (We could easily blame the ISA for flashing the safety card but it’s doubtful that was their intention when the ITCC Technical Committee banned the use of the Rope Wrench in the international tree climbing competitions back in 2011).

How can it be that NZ tree climbers, and others all around the world, apparently ignored the safety concerns raised by a representative industry organization?

For one, early SRT adopters are not idiots (contrary to what you might think) and these tree climbing pioneers quickly ascertained the technique was not any more, or less, safe than DbRT (field testing by tree climbing humans over the last few years has proved them correct in this assumption - DbRT employs a single line after all).

Once past the safety conundrum, tree climbers started using new SRT ascent and work positioning tools, like the Rope Wrench, and very quickly discovered their productivity and efficiency ratios went through the roof.

Increased productivity and efficiency resulted in reduced physical stress on the climber, and oftentimes, much less time to complete the job (at a higher profit margin).

The rest is history – the wisdom of crowds in action.

Having talked at length with our counterparts in the US it appears New Zealand tree climbers have a far greater influence over how jobs are completed each day – hence the almost universal acceptance of SRT, ascent and work positioning, in the NZ tree climbing community.

Anecdotal evidence suggests treecare management (in NZ at least) is blissfully unaware of what systems their employees are climbing on – the rapid development of gear over the last few years has put paid to any understanding they might previously have had regarding tree climbing techniques.

However, management does understand the bottom line.

Once individual aerial arborists started using SRT (usually along with the Rope Wrench) crew productivity and efficiency skyrocketed, which has resulted in less attention being paid to the safety issues.

Treetools could be doing management an injustice but that’s about the gist of it.

Things were different in Charlotte

Management types were well represented at the SRT Summit… and with good reason.

The sheer numbers of tree climbers in the USA arb workforce dictate the requirement for a ‘management structure’ not typically seen in New Zealand.

Unfortunately, under this type of system, innovation can grind to a halt as management plays catch-up. There was plenty of evidence of this phenomenon in Charlotte. Climbers congregated at one end of the room with management at the other - the elephant in the room being Kevin Bingham's Rope Wrench.

The tree climbers lamented about how good aerial arborists have it in NZ while management lambasted our industry for appearing reckless!

Regardless which party you happen to subscribe to, the New Zealand arb industry has adopted SRT, ascent and work positioning, as ‘just another tool in the tool kit’ and by all appearances things ain’t about to change anytime soon.

Here’s hoping the rest of the world follows suit soon and we can stop the growing divide between DbRT and SRT schools of thought – its’ time to move on. 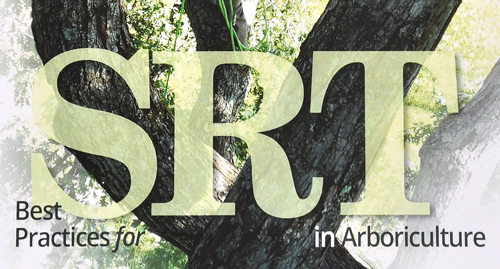