SRT to be included in 2012 NZ Arbor Best Practice Guideline

SRT to be included in 2012 NZ Arbor Best Practice Guideline

All tree climbers utilize a single line for climbing and yet the acronym SRT (Single Rope Technique) sends most aerial arborists into a tailspin.

The confusion lies in the SRT term itself, which is too narrow for tree work application (in Treetools opinion).

Historically Single Rope Technique was used by recreational cavers for ascending a single line out of a 'tomo'.

Consequently the term SRT, in tree work, is now commonly associated with access into the tree, ascending a single line.

Unfortunately, the acronym SRT is also used to describe single rope work positioning where the climber ascends, descends and generally moves about the tree canopy on a single line. eg when using the Rope Wrench or Unicender.

It's hard to know exactly when SRT ascending becomes SRT work positioning but you can guarantee one thing; the confusion will really set in when these two, different, meanings of the term are merged together to create one generic form of SRT.

Treetools has blogged about this subject before but all you need do is read a few arb forums on Facebook and you'll understand exactly what we are talking about.

Thankfully NZ Arbor have recognized these complications and set about to change things.

The latest edition of the NZ Arbor BPG will offer a series of recommendations relative to the various aspects of SRT; General SRT, Access SRT and Work Positioning SRT.

This is a major step forward for SRT in NZ arb.

The proposed recommendations are designed to create a minimum set of safety procedures ensured not to limit the use and future application of a single rope technique in tree work; general, access or work positioning.

This is the first foray into SRT by NZ Arbor but the BPG committee expect to expand on the subject over the coming year.

A number of key SRT practitioners, in both ascent and work positioning, have already been involved in the consultation process so things are already heading in the right direction. 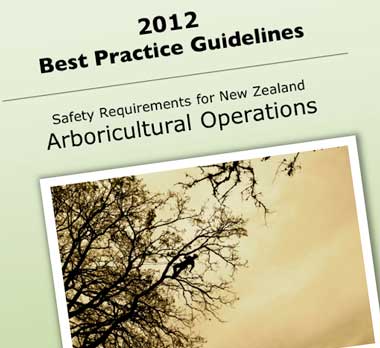