Rumor has it, Petzl's not-so-secret D22 ascender/descender might be introduced to the market at the TCIA Expo in November this year.

According to the D22 patent document the new device can be used for work positioning on both single and double lines not unlike the Unicender. The D22 does not appear to be mid-line attachable but this limitation might not effect all climbing styles. 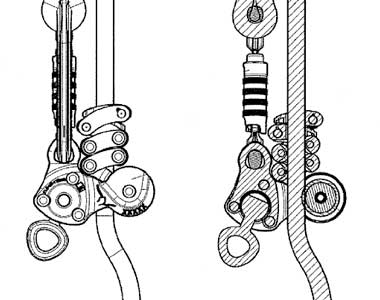