Treetools climbers have tested the cord over the last few months and it lives up to all expectations. The new friction cord has also been extensively tested in Australia.

Armor Prus Polyester is the polyester core version of standard Spectra/Twin Kevlar core Armor Prus and allows for the use of a Class I splice. Donaghys developed this new friction card after taking advice from New Zealand's leading rope splicer Drew Bristow.

The orange colored sheath on the new 8mm cord is the same blended Technora/Polyester composition as the standard version, offering melt and glaze resistance Armor Prus is world famous for. 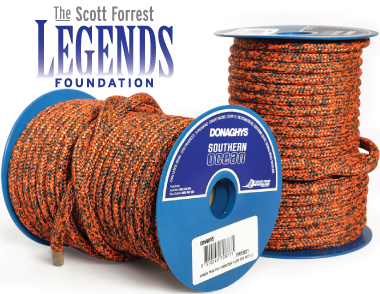