The SRT/Single Line Work Positioning debate has raged internationally throughout 2012.

Previously, such 'discussions' took place in relatively controlled environments (such as mediated blogs and forums). This is the first major international tree climbing debate where all forms of social media were employed.

The pure freedom-of-voice offered by mediums like Facebook can be exploited to the max and some tree climbers did just this, which at times, led the talks into acrimonious territory indeed.

As is typical of Facebook, most of the SRT content eventually became hearsay and opinion, banal, bordering on stupidity.

Before sanity could prevail (again) sensible individuals quickly realized a definitive document describing the Best Practices for SRT in Arboriculture was required,

Around mid-year the US-based TCIA announced their plan to publish such a document.

This was a brave decision, since most 'established' arborist organizations, including our own NZ Arbor, wanted nothing more than to wash their hands of the whole SRT debacle.

Thankfully the TCIA persisted in their efforts and now the tree climbing community has a Best Practices document describing the latest in single line ascent and single line work positioning.

The TCIA BPG for SRT in Arboriculture even includes articles on contentious single rope equipment like the Rope Wrench and the Rock Exotica Unicender (made world-famous in New Zealand by the Zane Wedding and Johno Smith.

The TCIA BPG for SRT manual is now available from Treetools. 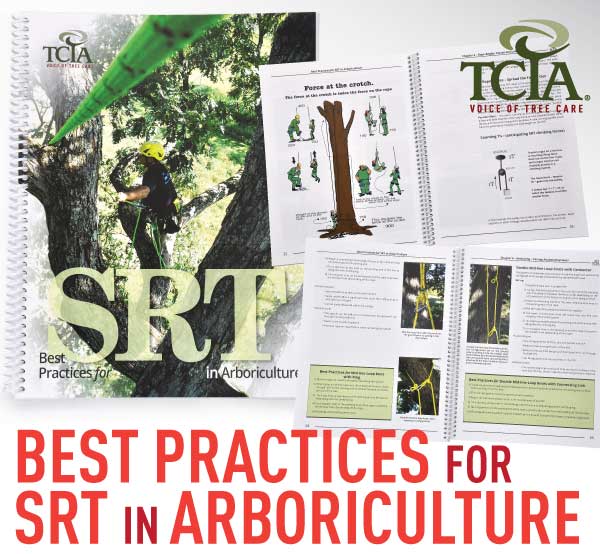 The 'kiwi' connection: New Zealand tree climber and master splicer Drew Bristow is listed as a contributor to the TCIA BPG for SRT in Arboriculture.