How many wraps do I need on a rigging bollard?

"There is a better way, and that way is called wraps. Human flesh doesn't hold much weight. It has the tenancy to burn and bleed, making the rope slick and even harder to hold" Don Blair, Rigging for Removal presentation at the ISA Annual Conference, Vancouver, 1988 - download the full article here.

Rope wraps on a rigging bollard have certainly proved to be a better way for aerial arborists to lower timber but the question still remains: how many wraps are required?

Well, as per usual in arb, that depends.

The exact formula to determine the correct number of wraps is dependent on a magnitude of factors.

If you want to be absolute in your calculations you will need to be something akin to a rocket scientist to do the math - note the sample formula below.

Rigging geeks can download the 'Mechanics of Friction' paper if you want to get a bit more in-depth with the calculations.

For the rest of us mere mortals here's roughly how it works… and you can immediately see why Don Blair says 'wraps' were the best way to go back in 1988.

Assuming a a coefficient of friction of µ=0.25 on the steel bollard, one wrap produces a 10:1 force to hold the load. This means a 225kg load requires 22.5kg of holding power to keep it static.

The holding power of three wraps goes up exponentially to a massive 250:1. That is, the 225kg can now be held with less than a kilogram of holding force (0.9kg to be exact).

With three wraps even the weakest groundie in the world could stop this 225kg piece in its tracks.

In theory at least, anything over three wraps on the bollard almost becomes a moot point! (have a look at the Effort Force/Load Force ratio chart on this page demonstrating the number of turns required to shore a ship using a bollard).

According to the math the ideal number of wraps on the rigging bollard is somewhere between one and three, depending on the job.

Once the piece is cut, and the hinge releases, the load generates significant dynamic force in the rigging system.

Too many wraps on the bollard will limit your ability to 'let-the-piece-run'.

In the right situation, and with the correct number of wraps, a skilful groundie can minimize dynamic forces in the rigging system by gradually releasing more rigging line, described as 'letting-it-run', to bring the load to a gentle halt.

The 225kg piece, as discussed earlier, dropped only 1.5 meters (effectively passing over the top pulley) generates approximately 1360kg of impact force on the rigging line if the groundie has three wraps on the rigging bollard and does not let-it-run - that's 2720kg at the top pulley.

The chance of breaking things goes up exponentially if the dynamic force in the rigging system cannot be released (by letting-it-run or some other way).

Tree rigging purists are bound to say Treetools is being too simplistic in these examples but there are times when economy in words might be the best thing - safety matters here. 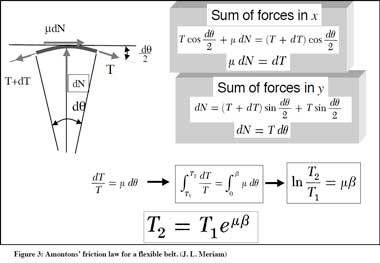