SRT and the working tree climber (with Rich Hattier)

Those new to tree climbing might be lead to think SRT is restricted to competitive tree climbers and the International Tree Climbing Competitions.

Photographs taken by Treetools at the the 2014 NZ Arb/Husqvarna Waikato/Bay of Plenty Regional Tree Climbing Competition, on Saturday 13 September at Mt Drury Reserve, Mt Maunganui are now available for viewing on Flickr.

The 2014 NZ Arb/Husqvarna Waikato/Bay of Plenty Regional TCC is scheduled for this Saturday 13 September at Mount Drury Reserve, Mt Maunganui.

The 2014 NZ Arb/Husqvarna South Island Regional TCC is scheduled for this coming weekend - Saturday 6 September in the trees off Waikikiri Drive on the edges of Bottle Lake Forest Park, Burwood, Christchurch.

Petzl respond to Treetools position on the ZigZag

Petzl has now found the causes of the potential appearance of such a crack. Technical improvements are already in progress. An updated communication will be given simultaneous worldwide release on 23rd July 2014. This communication will include a clear explanation of the causes of the potential of such cracks and a description of the actions which have been taken to prevent cracks forming in the future. (The 23 July 2014 PETZL ZIGZAG INFORMATION UPDATE is available now on the Petzl website).

According to a Petzl representative, the worldwide return rate on the Petzl ZigZag is very low (1-2 units per 1000… and Petzl have sold tens of thousands around the world). The crack that appears in the top link represents NO risk to the user and all ‘problem’ ZigZags will be replaced under warranty.

Is vibration killing the Petzl ZigZag?

Experienced aerial arborists understand a climbing system must be fine-tuned for optimum performance. 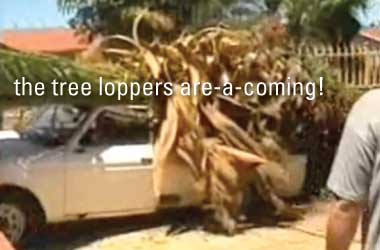 Up until the eighties having a drink for the road or a ‘roadie’ was standard practice - for a night out with the boys or at high society dinner parties.